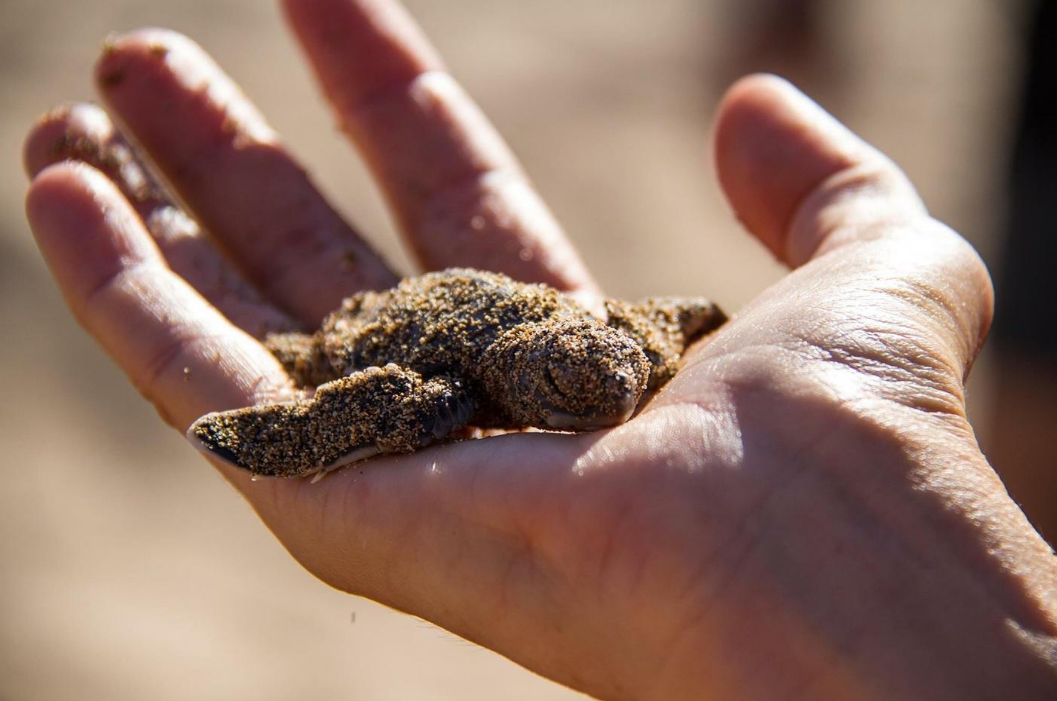 Many species of turtle are endangered, and it is thanks to the work of conservationists in Europe and all over the world, that turtle breeding sites are now becoming increasingly protected.

Sites include Ras Al Jinz, Oman, Mnemba Island, Zanzibar, Coco and Felicite Seychelles, Greece in particular Zakinthos as well as our very own shores of Cyprus. These are just to mention a few.

The most common species in the Mediterranean is the loggerhead sea turtle (Caretta caretta). It was named after its large head armed with robust jaws which allows it break open crustacean shells. The egging season is from mid-May till mid-October.

There were around 3,000 caretta caretta nests across the coasts of Cyprus in recent years, with dozens of eggs laid in each, this number has luckily been increasing. Paphos hosts one of the coasts home to these beautiful creatures for thousands of years, Lara Beach located in the the renown Akamas Peninsula.
The small wooden Lara Bay Turtle Conservation station assists turtles hatch and head for the sea. At times, you’ll find iron cages and signs along the beach warning of turtle nests buried in the sand. The cages protect the turtles from predators such as birds and other roaming wildlife.

Turtles nest on the beach by burrowing 30-60 cm deep. If they succeed laying their eggs and the eggs are not harmed, the tiny hatchlings will make their way to the surface of the sand and head to the water.  A very interesting fact is that the baby turtles, while being incubated and hatched are able to recall the geomagnetic data of the location and return to the exact site around 30 years later to lay their own eggs. Isn’t that incredible?

Most Mediterranean countries now have legislation protecting turtles. According to the Cyprus Ministry of Agriculture Rural Development and the Environment, Cyprus was one the first countries in the Mediterranean to legally protect turtles, along with dolphins and seals, by passing legislation (Regulations made under the Fisheries Law) as early as 1971.

The protection of nests in Lara becomes greater and the number of turtles born becomes increasing higher and for this we are extremely delighted.
Categories: News

Manage your risk exposure during challenging times There is absolutely no doubt we are living, operating and investing in interesting times. We’re going through a historical period, how often does that happen? While it’s challenging to Read more…

The ultimate lifestyle transformation figured out in one word… Cyprus! From taking time to eat and drink well, to spending time with family in safe relaxed environment to appreciating rich history, beautiful architecture and design, Read more…

Cyprus Wineries Whether you’re a casual wine drinker or a seasoned sommelier, a wine focused trip in Cyprus is definitely worth considering in September for the exciting harvest season. Cyprus wine produce derived from local Read more…