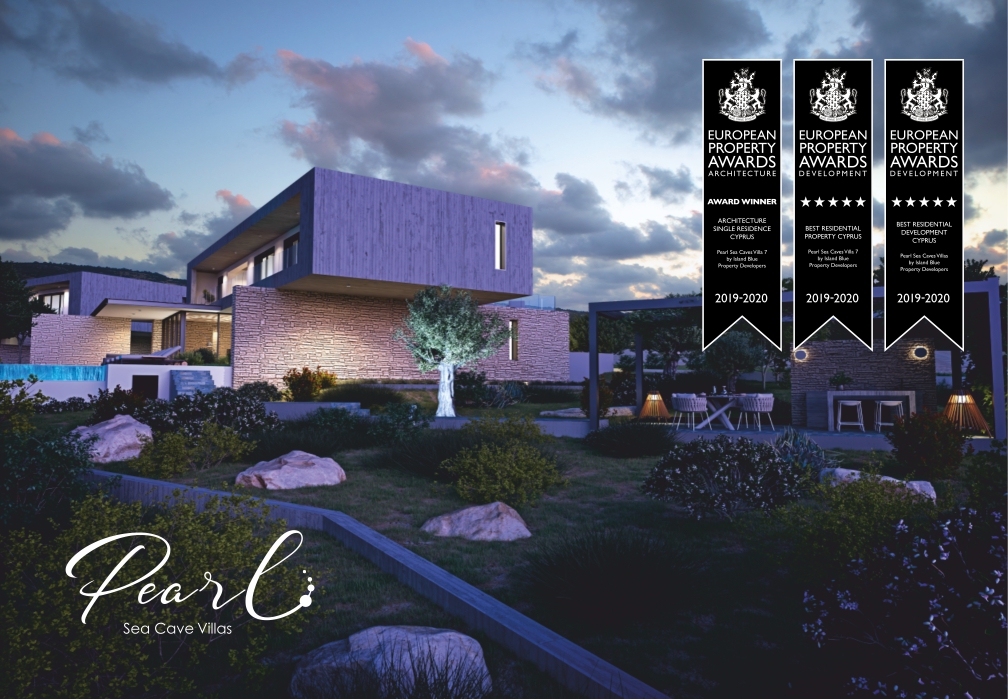 Pearl Sea Caves is an award winning exclusive development of nine luxury villas situated in the unspoilt tranquil region of Sea Caves, Paphos. Nestling amongst olive trees and natural terrain, just a stone throw from Akamas National park Pearl Sea Caves development is set in a stunning location in one of the most picturesque spots of Paphos with breathtaking sea views over the Mediterranean. This development is only a 15 minute walk to the enchanting fishing harbour of St George and its beautiful beach cove. It is also a mere a 10-minute drive to the famous blue flag awarded Corel Bay Beach and the small towns amenities which include bars, restaurants and shops.

Just as the gemstones appeal to many for their stunning qualities, this development and its proximity to the famous landmarks in the region, as well as its breathtaking views make it an absolute ‘Pearl’ of the Mediterranean.